__Christopher Wolfgang Alexander__ (born 4 October 1936 in Vienna, Austria) is a widely influential architect and design theorist, and currently Professor emeritus at the University of California, Berkeley. His theories about the nature of human-centered design have affected fields beyond architecture, including urban design, software, sociology and others. Alexander has designed and personally built over 100 buildings, both as an architect and a general contractor - wikipedia 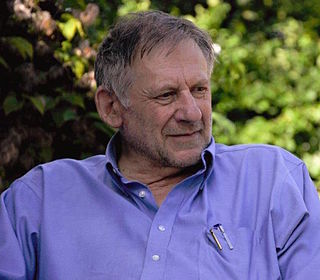 In software, Alexander is regarded as the father of the pattern language movement. The first wiki—the technology behind Wikipedia—led directly from Alexander's work, according to its creator, Ward Cunningham. Alexander's work has also influenced the development of agile software development.

https://www.listennotes.com/e/p/74426afa709d4a0fb028ddd0652c1b37/ Pattern Languages and the Purpose of Architecture. Michael Mehaffy is an architectural theorist, urban philosopher, researcher, educator, and executive director of Sustasis Foundation based in Portland, Oregon USA. In this interview we explore -  Spirit and purpose of modern architecture - The work of Christopher Alexander- His vision for the future of buildings - listennotes.com

Alexander is known for many books on the design and building process, including ''Notes on the Synthesis of Form, A City is Not a Tree'' (first published as a paper and recently re-published in book form), ''The Timeless Way of Building, A New Theory of Urban Design,'' and ''The Oregon Experiment.'' More recently he published the four-volume ''The Nature of Order: An Essay on the Art of Building and the Nature of the Universe,'' about his newer theories of "morphogenetic" processes, and ''The Battle for the Life and Beauty of the Earth'', about the implementation of his theories in a large building project in Japan.

All his works are developed or accumulated from his previous works, so his works should be read as a whole rather than fragmented pieces. His life's work or the best of his works is The Nature of Order on which he spent about 30 years, and the very first version of The Nature of Order was done in 1981, one year before this famous debate with Peter Eisenman in Harvard.

Alexander is perhaps best known for his 1977 book ''A Pattern Language,'' a perennial seller some four decades after publication. Reasoning that users are more sensitive to their needs than any architect could be, he produced and validated (in collaboration with his students Sara Ishikawa, Murray Silverstein, Max Jacobson, Ingrid King, and Shlomo Angel) a "pattern language" to empower anyone to design and build at any scale.